A Sad Fact about Baltinglass & the Great War 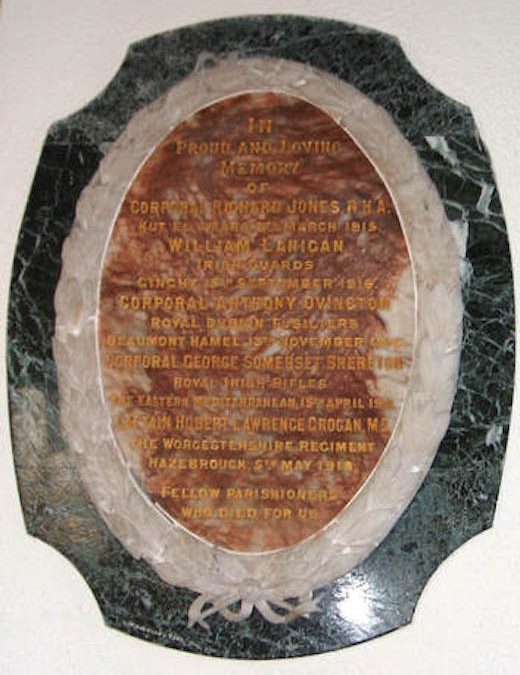 ​Those who died in the Great War (1914-1918) are commemorated each year on 11 November. Huge numbers of Irishmen enlisted to fight in the British Army, the Royal Navy or the forces of other countries in the British Empire. They joined and fought for a variety of reasons. Those who died in that terrible conflict deserve to be remembered in their home place, especially at this time of year.

Saturday, 1 July 1916, when the Battle of the Somme commenced, was a particularly black moment. Over 19,000 British soldiers lost their lives on that single day. Among them were five men from the Baltinglass area – Thomas Devine, Patrick Greene, Andrew Jones, Patrick Kane and Edward Tutty. Hundreds of Baltinglass lads faced the dangers of that war over its five-year course. It’s impossible to determine how many there were in all. It’s easier to count the ones who never returned.

The following were 45 lads from the Baltinglass area who lost their future by taking part in the Great War. Five of them are commemorated on a plaque in St. Mary’s church in Baltinglass: all are now commemorated on the Co. Wicklow War Dead memorial at Woodenbridge, thanks to the initiative of Billy Timmins, former TD, and the committee he formed with a view to creating a permanent memorial to this lost generation.