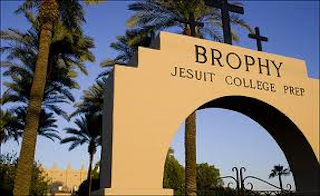 ​What’s the oldest gravestone in St. Joseph’s graveyard in Baltinglass? I really don’t know. But I do know that it’s not the one with the earliest date on it. Am I confusing you? Well, there is a gravestone that includes ‘Michael Brophy who gave his life in Ireland’s cause at Baltinglass in 1798 aged 55 years’. The headstone and that inscription were put in place in the oldest part of the cemetery in about 1920 by Michael’s great-grandson, William Henry Brophy of Bisbee, Arizona, USA.

Michael Brophy was a prosperous farmer who lived in Rathmoon House (now Burke’s) but he was originally from north Kilkenny. He had twelve sons and one daughter. In the 1790s he was known to be involved in the United Irishmen. Family tradition suggested that he was at the Battle of Vinegar Hill in June 1798, after which he was captured and executed. Over a century later E.P. O’Kelly wrote that Brophy was hanged from a beam at the entrance to Tan Lane (on one side of Mill Street).

Michael’s son George, who was born in Kilkenny, attended Carlow College before training for the priesthood in Paris and Madrid. He returned to Paris and was ordained in 1798, the year of his father’s death. George spent decades in France before moving to the USA in 1843. He died in Davenport, Iowa, in 1880, reportedly at the age of 105. Rev. George Brophy moved in exalted circles and in his time met Napoleon Bonaparte and six American presidents, including Abraham Lincoln.

Another of Michael’s sons, William, was intended for the church but he decided it was not for him and emigrated to Canada where he practised law. His grandson Truman William Brophy, born in Illinois in 1848, became a dentist and then a medical doctor. In the late nineteenth century, based in Chicago, he pioneered surgical procedures to repair the cleft lip and palate. Truman Brophy travelled internationally performing operations and lecturing, and he published two books on the subject. His work alleviated the suffering of countless people born with the condition.

Another of Michael’s sons was James Brophy, who succeeded him in Rathmoon. In 1815 James married Catherine (‘Kitty’) Cullen of Prospect, Narraghmore, Co. Kildare. Kitty’s younger brother, Paul Cullen, became Ireland’s first cardinal in 1866. James and Kitty’s eldest son, Michael Brophy, succeeded to the Rathmoon property. He had married Matilda Lalor, from the Goresbridge area of Kilkenny. Michael and Matilda’s son William Henry (‘Billy’) Brophy was baptised in Baltinglass on 18 October 1863. He went to America when he was aged 17, arriving in New York with his cousin Hugh on 11 April 1881.

Billy Brophy gravitated to the mining settlement of Bisbee, Arizona, where his older brothers had already begun to work. A mercantile, mining and banking career ultimately made him a millionaire. When the USA entered the First World War in 1917, Brophy became a ‘Dollar-a-Year’ man. He was one of a number of high powered businessmen who gave their expertise for a token salary of $1 plus expenses. He was based in Paris for the duration.

It was shortly afterwards that he had the gravestone erected in Baltinglass to his grandparents, James and Kitty, and to his great-grandfather Michael Brophy, the 1798 rebel. In the early 1920s he moved to Los Angeles. In November 1922, while on a fishing trip in the Gulf of California, Billy Brophy was swept overboard in a storm and drowned. He was aged 59. Mass was celebrated for him in Baltinglass a few months later. In 1928 in his honour his widow, Ellen Amelia, founded Brophy College Preparatory, a Jesuit boys’ school, in Phoenix, Arizona. The stained glass windows of its Brophy Chapel were designed and executed by artists from Dublin’s An Túr Gloine.

2013 (when this post was first aired on Facebook) was the 150th anniversary of the birth in Baltinglass of William Henry Brophy, who erected the gravestone with the earliest date in the oldest part of St. Joseph’s graveyard. But it’s not the oldest gravestone.